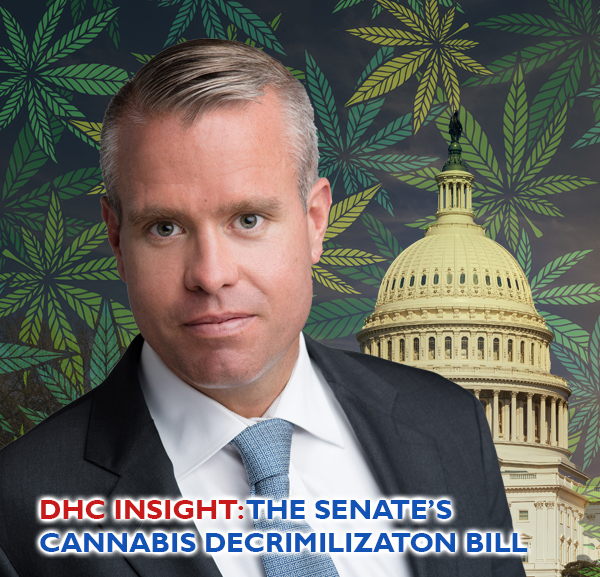 Schumer shared that views on legalizing cannabis have changed dramatically and about 90% of Americans live in a state that has legalized it. “It is time that Congress catches up with the rest of the country,” he said on the floor.

The Cannabis Administration and Opportunity Act would remove marijuana from the list of drugs covered by the Controlled Substances Act and eliminate federal prohibitions in states that have legalized it for individuals age 21 and older. However, states would retain control over whether production and distribution are allowed.

The bill would create a Center for Cannabis Products within the Food and Drug Administration to regulate production, distribution and retail sales. The FDA also would be directed to establish labeling standards, such as for potency.

An excise tax for small and mid-sized producers beginning at 5% would be imposed on cannabis products and gradually increase to 12.5%. The tax would begin at 10% for larger businesses and increase to 25%. The tax revenue would be used to finance an Opportunity Trust Fund to invest in communities and individuals most harmed by law enforcement campaigns against drugs. Other grants and programs would be established to further support individuals affected and cannabis businesses.

Despite comparable use rates, African Americans are more than 3.6 times more likely than White people to be arrested for marijuana possession, according to a 2020 report by the American Civil Liberties Union. That disparity obtains in every state.

The legislation faces an uphill battle to reach the 60 votes needed for passage in the evenly divided Senate. Many Republicans and even some Democrats, including Jeanne Shaheen of New Hampshire and Jon Tester of Montana, have previously expressed opposition to federal decriminalization.

The House voted to pass a different measure in April that would decriminalize marijuana, expunge federal criminal convictions and impose taxes on cannabis producers and importers.