Our attorneys and government relations team have a wide range of experience in how the law impacts business and government affairs. That’s why our thought leadership is regularly sought after and showcased in major news outlets and a variety of traditional, digital and social media channels. 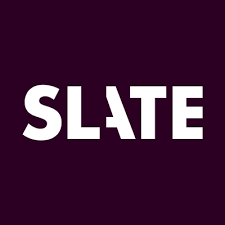 DHC’s Senior Partner Howard Weiss published an op-ed in City & State magazine on how the firm’s land use practice advises clients to help maximize the value of their property in New York City. Weiss, who has decades of experience handling complex planning and zoning issues, explained that the process requires extensive knowledge of the relevant laws and regulations, as well as a familiarity with elected officials and agency leaders who have jurisdiction in the area.

March 21, 2019 – DHC’s Chair of the Bankruptcy Law Practice David Wander spoke to the New York Post about post-closing disputes between Sears, the chapter 11

March 11, 2019 – Kenneth Louis has joined DHC as an Associate in the Corporate and Real Estate practices. Louis represents businesses and investors in a broad range

DHC’s Founding Partner Sid Davidoff, who started his political career as a top aide to New York City Mayor John V. Lindsay, spoke to NY1 about the difficulties of running for President of the United States while leading the country’s largest city. Our mayors, Davidoff explained, are presented with new issues day after day, making the extended campaign tours required for a presidential campaign nearly impossible.

February 28, 2019 – The legendary football coach Bear Bryant once said a tie is like kissing your sister. Winning a judgment that you will

Elliot Lutzker Comments on Elon Musk’s use of Twitter

February 25, 2019 – The Brooklyn Chamber of Commerce honored Sid Davidoff at its annual Taste of Brooklyn Winter Gala. The evening included dinner, dancing, and