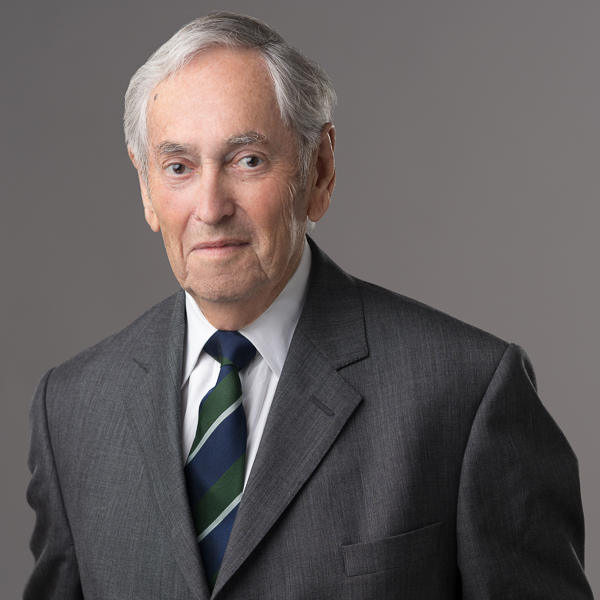 Stephen Slade is a registered lobbyist, attorney and Senior Advisor to Davidoff Hutcher & Citron’s government relations staff. Mr. Slade has more than 35 years of experience in federal, state, local, and international government affairs, as well as an extensive background in corporate government relations in the airline industry, where he worked for many years.

During a long tenure at Trans World Airlines, he held several departmental posts in the United States, during which time he represented all scheduled air carriers before the Pennsylvania Legislature on taxation, environmental, public property, and a wide variety of other issues. He served for eight years in Washington as TWA’s Corporate Vice President of Government Affairs, where he developed policy and supervised all government relations activity for the airline on an international basis. Mr. Slade served as an advisor to U.S. State Department teams negotiating international aviation agreements, including those with the United Kingdom, France, Italy, Egypt, Greece, Turkey, and India. He served in the same capacity on a major international arbitration at The Hague involving claims of millions of dollars, which was decided in favor of the U.S. Government. He has testified at Congressional and Agency hearings and before governmental bodies overseas. His experience includes handling government relations in intense crisis situations.

Since joining the firm, Mr. Slade has successfully lobbied for many of the DHC’s clients, successfully seeking Congressional appropriations and Federal Government grants. He is thoroughly familiar with the Congressional appropriations process, guiding clients through all procedures including preparation and presentation of testimony at hearings and all necessary follow up actions.

Mr. Slade is a native of England. He was educated there and holds a degree in economics and law from the University of Denver. He became an American citizen during his service in the United States Army. He has been decorated by the Republic of Austria for services to that country.